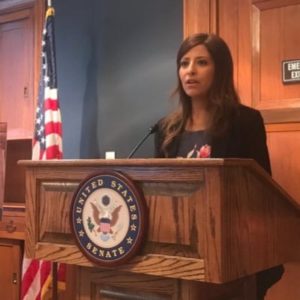 “Love you mom” were the last words our mother heard from my brother, the humanitarian aid worker Abdulrahman al-Sadhan, before he was forcibly disappeared by Saudi authorities on March 12, 2018. We haven’t seen him since.

He has not stood trial, he has not been charged, and in the two and a half years since his arrest by Saudi authorities he has been allowed just one phone call – in February this year, two years after his arrest – where he could say little more than to confirm he was alive.

It took a month for the Saudi government to confirm they had arrested him at all, but since then they have told us nothing. From the relatives of other inmates, and the National Human Rights Society, we occasionally pick up rumours of his condition. We understand he is currently held in the notorious Al-Ha’ir Prison and we have heard he has been tortured by his jailers.

When I heard of his torture, I felt sick to my stomach. Imagine how it feels to hear your brother has been tortured, electrocuted, beaten and threatened with murder, how it feels to know a member of your family is being deliberately hurt by others and not being able to reach them. How can a country that tortures its own citizens – people who have committed no crime – be welcomed by the international community in 2020? It shames the world. 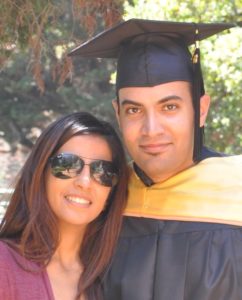 Six months after my brother’s arrest, the Washington Post journalist Jamal Khashoggi was brutally murdered by the same regime that holds my brother. Earlier this year the writer, Saleh Al-Shehi, died just two months after he was released from prison. Local news claim he died from Covid-19, but there are great suspicions around his death. Given the horrible conditions in Saudi jails we have no idea how big an outbreak there is, or if the authorities are doing anything to protect the lives of those in prison. Since the pandemic started, cases of forced disappearance have increased, and more prisoners are deprived from contacting their families. Countless innocent people are held without trial for as little as a tweet calling for peace, equality or campaigning for women’s right to drive.

This is a regime that imprisons its citizens for years without trial, arrests them at any moment for the slightest perceived criticism of the state and its rulers. It murders dissidents and tortures its prisoners. This is the reality of Saudi Arabia under the ruling of Crown Prince Mohammed Bin Salman. He promised reform but instead we have seen more human right abuses and crimes than any time before. Imagine how it feels to know your own brother or son is in the hands of these people.

Abdulrahman was 34 when he was arrested – they are stealing the best years of his life. After graduating from Notre Dame de Namur University in California he returned to Saudi Arabia to help the country. He dedicated his life to helping others. He joined the Red Crescent where he worked in assisting the ambulance operation committee and coordinating rescue operations and emergency relief for victims. Abdulrahman doesn’t belong in prison, but with his family and alongside other humanitarian workers. 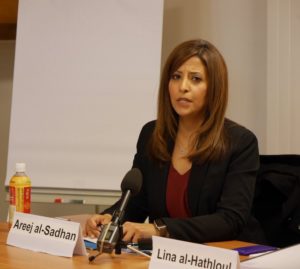 We just want him home. So, on the UN’s World Humanitarian Day we are appealing for his release. And we’re not just addressing this to the Saudi regime, but the wider world as well. Decent governments around the world have a duty to stand up for human rights.

That has to start now. The rest of the G20 should not be complicit and need to make clear to the Saudi regime that they cannot play a part in the international community while they flout their own citizens’ human rights. They should demand an end to the torture of prisoners, an end to forced disappearance, an end to arrest without charge, an end to extrajudicial killings, an end to the daily repression that blights the lives of ordinary Saudi citizens and an end to the routine arrest and imprisonment of anyone who dares to think differently or hope for a better life.

Abdulrahman al-Sadhan is a humanitarian, a brother and a son. He is loved by his family, friends and everyone who knows him. He has dedicated his life to helping others. He shouldn’t be in prison, and on World Humanitarian Day, the world should stand together to demand his release.