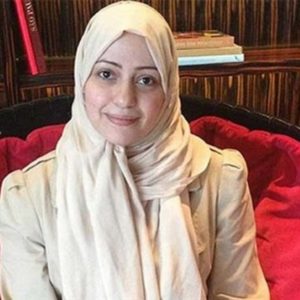 The Saudi authorities to show the activist / Israa Al-Ghamgham, where some information indicates that she was subjected to some violations inside the detention center that led to the deterioration of her psychological and physical condition, information that the activist does not bring to the second session of her trial before the Specialized Criminal Court on October 28, 2018, and then not to bring it to The third session is on November 21, 2018, which raises many concerns about her physical and psychological integrity.

Mrs. Israa Al-Ghumgham, accompanied by her husband, Mr. Musa Al-Hashem, participated in demonstrations in the city of Qatif organized by the Shiite minority in Saudi Arabia in 2011, and this was in the wake of being affected by the wave of Arab Spring revolutions, and their demands included improving the status of their marginalized city, and ending the systematic discrimination faced by the Shiite minority in Their country, and the demands that arrested her, her husband and others.

Joining a terrorist entity that aims to create chaos and turmoil inside the kingdom, participating in marches and gatherings in the Qatif governorate, inciting young people to go out in those marches and gatherings, photographing those gatherings, documenting and publishing them through social networking sites (Facebook), and participating in the funeral of the victims of clashes Security with the demonstrators, preparing, sending, and storing what would prejudice the public order and punish it under Article 6 of the 2007 Electronic Crime Prevention System, creating it on social media sites and using it to stimulate marches, riot and incite young people against the state and security forces, in addition to publishing pictures And videos of those gatherings and marches of a number of victims of the security clashes, the establishment of a YouTube channel to post videos of the victims of the security clashes.

The trial was postponed on 13/01/2019 without a new date being set. The Public Prosecutor had been calling for the death sentence. On 31/01/2019 the Saudi authority announced Israa will not be facing the death penalty.

Requests of the Attorney General: Sentenced to death by beheading, on the basis of the “ta’zir” principle in Sharia.

Verdict : No final verdict has been issued

Date of the verdict : Unknown