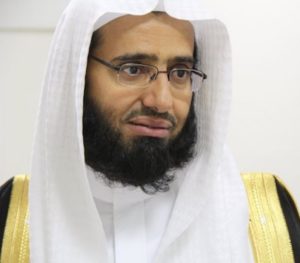 Board member of the Saudi Human Rights Commission, Professor of Comparative Jurisprudence at the Higher Institute of the Judiciary, Imam Muhammad bin Saud Islamic University.

That the victim was prevented from traveling before his arrest, and he stopped Twittering on his Twitter account on July 16, 2018, two weeks before his arrest, and his last tweet was a farewell message to his followers, where he said: (I loved everywhere, Do not forget me in the interest of your prayers, and God suffice us and the best proxy). This prompted thousands of tweeters to sympathize with him under the slogan “We are all with Abdul Aziz Al-Fawzan.”

He is a victim of intense rhetoric by a lawyer named Abd al-Rahman al-Lahim; Where the latter deliberately turns the word around and distorts it from its purpose and launches electronic campaigns against others ending in security detention.

Profession: Board member of the Saudi Human Rights Commission, Professor of Comparative Jurisprudence at the Higher Institute of the Judiciary, Imam Muhammad bin Saud Islamic University.

Where held: Al-Ha’ir prison in Riyadh

Charges: There is only what the media has published about broad charges of supporting terrorism and joining the Muslim Brotherhood movement.

Updates on trial : None so far