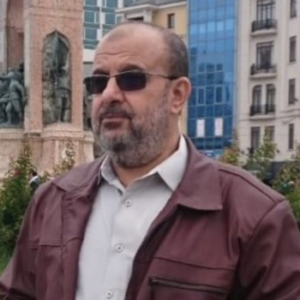 Jordanian journalist Abdulrahman Farhana was arrested by Saudi authorities in February 2019. Farhana covered political and religious issues that have become increasingly sensitive in Saudi Arabia. He also wrote for Al-Jazeera’s website; Saudi authorities have banned the Qatari broadcaster in the kingdom. Farhana’s family announced the arrest in a statement issued by the Jordanian Press Syndicate and published in the Jordanian newspaper Al-Rai on April 23. Prior to his arrest, Farhana had lived in Saudi Arabia for nearly 42 years and wrote about politics for a Jordanian newspaper, Al-Sabeel, and for Al-Jazeera’s website. According to the Al-Sabeel website, Farhana wrote for the newspaper from outside Jordan, but the publication did not specify that he was writing from Saudi Arabia. Farhana wrote for Al-Jazeera about intra-Palestinian politics, regional geopolitics, and Islamist political movements, according to his author page on the network’s website. Several bloggers and journalists who previously wrote about Islamist movements or Palestinian issues have been detained. He was allowed one call with his family in July 2019. In an article for Arabi 21, mentioned that Farhana suffers from diabetes and high blood pressure.

Updates on trial: Not sentenced

Date of the verdict: Not sentenced