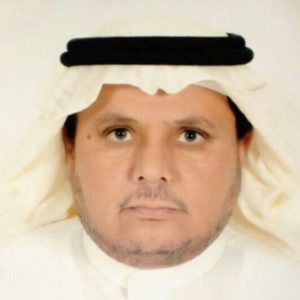 Human rights defender Issa Al Hamid was sentenced to nine years in prison and a nine-year travel ban, following an unfair trial before the Specialised Criminal Court (SCC). He was convicted on the basis of charges that stemmed directly from the exercise of his rights to freedom of expression and association. Al Hamid’s sentence was increased on appeal to 11 years in prison and an 11-year travel ban.

Al Hamid was summoned for interrogation at the Bureau of Investigations and Prosecution in Al Qassim seven times between November 21, 2013, and June 14, 2014. His right to legal counsel was denied on every occasion and he was subjected to ill-treatment, including by being insulted, threatened with an arrest warrant and placed in a detention cell on several occasions during his interrogation.

Al Hamid’s trial began before the Buriadah Criminal Court in June 2014. He was officially informed of the charges against him for the first time during his second hearing on July 3, 2014. They included “incitement to demonstrate”, “harming the credibility of religious authorities”, “insulting the Saudi authorities by describing them as a police state which violates human rights” and “refusing to comply with court decision concerning the dissolution of ACPRA”.

Following the second hearing, Al Hamid’s case was transferred to the Specialised Criminal Court in Riyadh.

On April 24, 2016, Al Hamid was sentenced to nine years in prison, followed by a nine-year travel ban upon his release.

Al Hamid was arrested in the province of Al Qassim on September 16, 2017, and has been held in Onazya Prison ever since to serve his sentence.

Profession: Lawyer and co-founder of the Saudi Civil and Political Rights Association (ACPRA)

Charges: “incitement to demonstrate”, “harming the credibility of religious authorities”, “insulting the Saudi authorities by describing them as a police state which violates human rights” and “refusing to comply with court decision concerning the dissolution of ACPRA”.