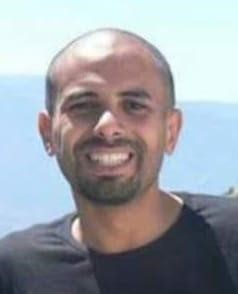 A 40 year old civilian who was arrested alongside his brother Mostafa and 2 others on 15 July 2013 (before the "Rabaa Protest”). He was accused of torturing a supporter of the coup and amputating his finger. He was then sentenced to death for his involvement in “Rabaa Protest”, although he was arrested while the dispersal of the protest took place elsewhere. He was sentenced to death by Egyptian courts on 14 June 2021.