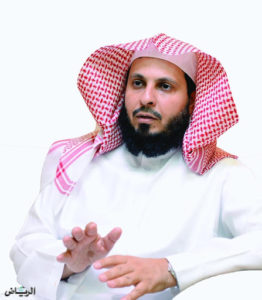 Islamic cleric and preacher of the Sacred Mosque in Makkah Al-Mukarramah, Doctor and Judge of the Criminal Court in Makkah.

The victim is counted on the official loyal religious stream, which is not opposed to the authorities and the Saudi royal family.

Profession: Islamic cleric and preacher of the Sacred Mosque in Makkah Al-Mukarramah, Doctor and Judge of the Criminal Court in Makkah.

On August 19, 2018, the arrest of the victim was confirmed, and according to what we documented, the victim was arrested at the airport on his return from an external leave accompanied by his family, as the airport authorities detained him before he was deported to an unknown destination.

Charges: The investigation authorities did not charge him any charges and he was not presented to the prosecution.

Verdict: It has not been issued yet

Date of verdict: It has not been issued yet