Menu
‘Lionel Messi, stand up for human rights and say no to the butchers of Jamal Khashoggi and the brutalisers of peaceful campaigners in Saudi Arabia’ – family members of prisoners of conscience beg star to refuse Visit Saudi approach

‘Lionel Messi, stand up for human rights and say no to the butchers of Jamal Khashoggi and the brutalisers of peaceful campaigners in Saudi Arabia’ – family members of prisoners of conscience beg star to refuse Visit Saudi approach

Family members of prisoners of conscience in Saudi Arabia have today written to Lionel Messi to beg the star to refuse to become the face of Saudi tourism after reports of an approach from the Kingdom’s tourist board, Visit Saudi.

In the letter, organised by the human rights advocacy body, Grant Liberty, they write:

“You are an inspiration to millions and what you say and do really matters. To put it bluntly – you have enormous power, but with that power comes great responsibility.

“The Saudi regime wants to use you to launder its reputation. Prisoners of conscience in Saudi Arabia have been tortured, sexually assaulted, and held in prolonged solitary confinement – often for months at a time – on an industrial scale.

“Women’s rights campaigners, reformist preachers, Shia activists, democracy campaigners, indeed anyone who criticises or even questions the regime can face long-term imprisonment and in some cases the death penalty.

“If you say ‘yes’ to Visit Saudi you are in effect saying yes to all the human rights abuses that take place today in modern Saudi Arabia. But if you say ‘no’ you will send an equally powerful message – that human rights matter, that decency matters, that those who torture and murder do not do so with impunity. The world must stand up to those who trample on others.

“Lionel Messi you are hero to millions – please use that status for good. Stand up for human rights and say no to the butchers of Jamal Khashoggi and the brutalisers of peaceful campaigners in Saudi Arabia.”

“Torture and tourism don’t mix. Lionel Messi should have absolutely nothing to do with the Saudi regime’s desperate attempt to launder its reputation while in truth it imprisons and tortures human rights activists on an industrial scale.

“If Saudi Arabia wants to show the world it has changed it needs to begin real reform, and end the abuse of peaceful activists. Until it does that, its Visit Saudi campaigns will be written in the blood of those they have brutalised.

“An endorsement of the Saudi authorities would be a stain on Lionel Messi’s conscience and toxic for his positive global reputation. He must say no to this deal.”

The family members suffering at the hands of the Saudi regime, on whose behalf the signatories write:

Loujain was arrested in May 2018 following her peaceful campaign for women’s right to drive and an end to the male guardianship law. She was held for almost three years without charge in the notorious al Ha’ir prison. She was eventually sentenced on December 28 2020. Although she was released from prison on 11 February she is not free in any meaningful sense. She remains under probation, under a travel ban and unable to express herself freely. The campaign to #FreeLoujain continues

Potentially facing the death penalty. Al-Odah is an iconic religious reformer and one of Saudi Arabia’s leading proponents of political reform and human rights. He is a prominent media figure who boasts more than 14 million followers on Twitter. He was arrested in 2017, from which he continues to be held awaiting trial. In making the arrest, security officers made clear that the reason for his arrest was a Twitter post in which he had welcomed a phone conversation between the Emir of Qatar and the Crown Prince of Saudi Arabia as a step towards resolving the current Gulf crisis. In the tweet he said: “Praise the Lord… O God, soften their hearts toward each other for the good of their peoples.” Prosecutors are known to have sought the death penalty. Although relations with Qatar have been restored al-Odah remains in prison awaiting trial.

Aida is the mother of Abdullah al-Ghamidi, a Saudi political opposition figure who is now based in the UK. She was arrested with two of her sons, Sultan and Adil. The Saudi Government has given no reasonable explanation for their arrest, and it seems clear they were arrested solely because of their relationship to a prominent opposition figure. Aida is suffering from a number of chronic diseases including diabetes and high blood pressure, and has suffered horrendous torture in front of her son. Cigarettes have been extinguished on her body whilst her son was forced to watch.

Abdulrahman al-Sadhan is a humanitarian. Employed by the Red Crescent in Saudi Arabia, Abdulrahman was arrested in March 2018, apparently for voicing peaceful opinions on social media. Since his arrest he has been tortured, held in solitary confinement, separated from his family and forced into hunger strikes. His family are forced to rely on updates on his condition smuggled out of prison by his fellow detainees. He was first able to communicate with his family 23 months after his arrest.

For more information on prisoners of conscience in Saudi Arabia https://grantliberty.org/wp-content/uploads/2020/11/GL-Report-2020-11-19-web.pdf

The full letter is attached 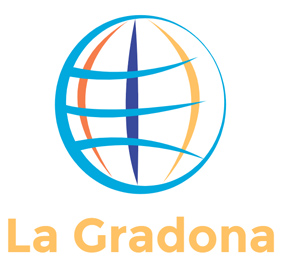