UK-based Abdullah al Ghamdi and Areej Al Sadhan are available to interview about their pleas following the takeover of the club by the Saudi state-led Public Investment Fund, whose chairman is Mohammed bin Salman – the country’s ruling Crown Prince accused of murdering, torturing and falsely imprisoning hundreds of dissidents, including women and children.

UK-based Abdullah al Ghamdi, who fled into exile in 2012, said: “Today I, on the behalf of the many ordinary Saudi citizens suffering under the iron fist rule of Newcastle United’s new owner, make a heartfelt plea to all football supporters and players at St James Park to put pressure on the Saudi Government to release all those victims of its relentless crackdown.

“I implore Newcastle fans and players not to become de facto apologists for the rulers in Saudi Arabia. I urge them to now use their powerful and famous voices to call from the terraces and demand Mohammed bin Salman releases all prisoners of conscience and to offer proof of life for those who have disappeared.”

Another activist, Areej Al Sadhan, whose brother Abdul Rahman al Sadhan was thrown in prison for daring to criticise the Saudi rulers, said: “To every member of the Newcastle United women’s football team, I say please spare a moment before your next game to remember the women of Saudi Arabia who are among the most oppressed in the world. Please remember the forgotten women currently imprison for daring to express their views or who are being punished to silence others. Think also of the children who have been detained by Crown Prince MBS to punish overseas Saudis.”

Added Abdullah al Ghamdi: “My 64-year-old mother and brother were tortured in front of each other after they were arrested because of their relationship to me. They were severely beaten and cigarettes were extinguished on their skin. They were each kept in solitary confinement for extended periods of time. My brother was forced to record a video denouncing me and my activism. The video was widely shared on social media by official Saudi channels. I was then told that any contact with my family members would endanger their lives further. This is the reality of life for ordinary Saudis under the new owner of your football club.”

The take over the iconic Tyneside football club by Saudi Arabia’s ruling elite is an attempt to sports wash the litany of murders, forced imprisonments, torture, disappearances of ordinary Saudi Arabian citizens who dared criticise the ruling crown Prince Mohammad bin Salman – aka MBS – and his leadership.

Grant Liberty’s ‘Sports Washing’ Report (https://grantliberty.org/wp-content/uploads/sports-washing-report-1.pdf_ details how the Kingdom of Saudi Arabia  spends billions of dollars on high profile sporting events in an attempt to show the image of a modern and progressive society.

Grant Liberty’s Lucy Rae said: “There are many questionable ownerships of Premier League clubs but the case of Newcastle United is undoubtedly the most shameful and an afront to decent football fans everywhere. The FA should now ask players to include innocent Saudis in their thoughts when they take the knee.” 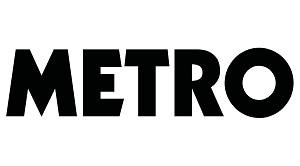