Prisoners of Conscience in Saudi Arabia

In Saudi Arabia today, activists are languishing in jail for the crime of wanting a better world. They have been tortured, forced into hunger strikes and sexually assaulted, held in solitary confinement for months on end and separated from their families. Many still await charge years after their arrest, and some have seen their family members and lawyers follow them into prison. At Grant Liberty we work with supporters of some of those prisoners of conscience to campaign for their freedom.

and imprisonment without charges

Many people both men and women have been arrested for not breaking the law but rather to be silenced.

in police custody and prisons is common

are increasing each year

Increasing number of people have been sentenced to death, Saudi Arabia is positioned amongst the top 5 in the world for the number of executions.

are tried as adults and terrorists

Imprisonment, torture and death of minors for peacefully observing protests.

are banned for Saudi soil

Non-state-aligned organisations campaigning for basic human rights have been banned from setting up in the country.

and right to peaceful protests

Many activists, journalists and clerics are behind bars for exercising rights of expression, attending peaceful demonstration and speaking against the oppression of the government against its own citizens.

12Next
VIEW ALL SAUDI PRISONERS 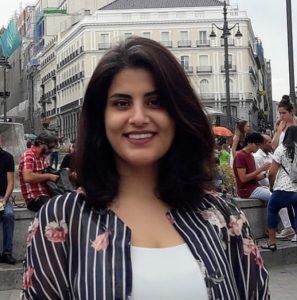 Loujain al-Hathloul is a celebrated human rights activist and former Nobel Prize nominee. She is primarily known for her iconic campaign for the right to drive. Along with several prominent Saudi women’s human rights defenders and activists, Loujain was arrested in May 2018. Since her arrest in March 2018, Loujain has been subjected to threats of sexual assault, torture, prolonged solitary confinement and enforced disappearance, and was recently forced into a hunger strike to secure access to her family, after being subjected to enforced disappearance. Today she has been released from prison, but she is not free. She remains on probation, under a travel ban, and unable to express herself freely. 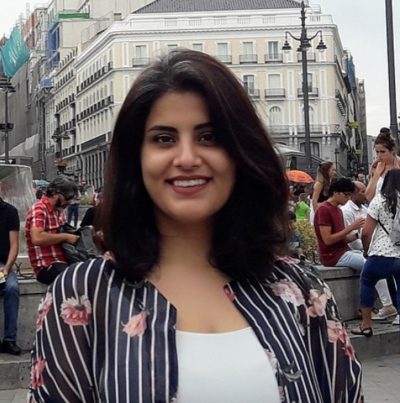 Samar Badawi is a multi-award winning women’s rights activist, who has been imprisoned on multiple occasions for her role in fighting two of Saudi Arabia’s most egregious anti-women laws, the driving ban (now rescinded) and the male guardianship law. In 2018, she was arrested on July 30 as the authori- ties’ summer purge came to an end. She remains in prison today, where since her arrest she has been victim to the systematic abuse of her human rights in prison including torture and sexual assault.

An iconic religious reformer, Salman al-Odah has frequently been arrested, and held by the Saudi state, beginning in 1994. Most recently, he was arrest- ed in 2017, from which he continues to be held awaiting trial. In making the arrest, security officers made clear that the reason for his arrest was a Twitter post in which he had welcomed a phone conversation between the Emir of Qatar and the Crown Prince of Saudi Arabia as a step towards resolving the current Gulf crisis. In the tweet he said: “Praise the Lord… O God, soften their hearts toward each other for the good of their peoples.” Although that crisis is resolved, al-Odah remains in prison.

Murtaja Qureiris was arrested as a 13-year-old for crimes he allegedly com- mitted as a 10-year-old. His crime was to lead 30 other children in a rudi- mentary protest march for human rights during the Arab Spring in 2011. He is believed to have spent a year and three months of his time in jail in solitary confinement, more than 5% of his life – he is just 20 years old.

A humanitarian, employed by the Red Crescent in Saudi Arabia, Abdulrahman was arrested in March 2018, apparently for voicing peaceful opinions on social media. Since his arrest he has been tortured, held in solitary confinement, separated from his family and forced into hunger strikes. His family are forced to rely on updates on his condition smuggled out of prison by his fellow detainees. He was first able to communicate with his family 23 months after his arrest. In April 2021 he was sentenced to 20 years in prison and a 20 year travel ban.

Aida al-Ghamdi and her youngest son Adel were arrested and brutalised by Saudi authorities in March 2018. Aida’s son, Abdullah al-Ghamidi is a human rights activist granted political asylum in the UK in 2012. He has written mov- ingly about his mother’s condition, “the circumstances of their arrest makes it clear that my activism was the cause. My mother and brother were tortured in front of each other after they were arrested. They were severely beaten and cigarettes were extinguished on their skin. They were all kept in solitary confinement for extended periods of time.”

In July 2018, human rights activist, Khaled al-Omair was arrested by State Security a little over a year after the delayed completion of his eight-year sentence on charges of political activity. Al-Omair had filed a complaint against an officer who had tortured him in prison – he has been handcuffed, placed in prolonged solitary and forced to stand until he passed out. The authorities’ response was at once shocking and predictable – he was arrested. On returning to prison he was forced into a hunger strike following six months enforced disappearance, in protest at the authorities’ plans to try him in front of criminal court specialising in terrorism charges. He remains in prison awaiting trial. In a note smuggled out of his prison he wrote, “I am not a terrorist, I have an opinion and exercised my right to freedom of expression. He was sentenced to 7 years in prison in April 2021. 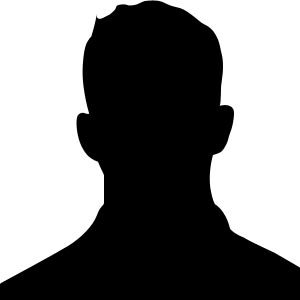 Muhammad Essam Al-Faraj potentially faces the death penalty, almost unbelievably, for attending a funeral. He was nine years old at the time. The German human rights charity ESOHR reports that he, alongside other young men facing the death penalty for similar crimes has suffered ‘horrific conditions, including long-term detention before their presentation to the court, solitary confinement, denial of access to a lawyer, torture, and other degrading and inhumane treatment.’ 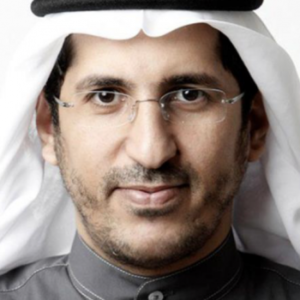 Ali al-Omari is one of the most popular Islamic personalities in the Arab world – thanks in part to his own Youth Awareness channel. He is the chairman of TV channel 4Shbab and a talk-show personality. His television programmes have called for more rights for women, and campaigned against violent extremism45. He faces at least 30 terrorism-related charges, including “forming a terrorist youth organization,” and a potential death sentence. In prison he has been tortured, held in solitary confinement and denied access to a fair and open trial – there are reports that he has suffered burns and injuries all over his body as a result of electric shocks during solitary confinement for more than a year.

The Saudi Civil and Political Rights Association was formed in 2009 in response to deteriorating human rights in the Kingdom – though its legitimacy and legality have never been accepted by the monarchy. The group of activists and academics has campaigned for democratic reforms and laws to protect minority rights. In February 2018, 5 ACPRA members took part in a coordinated hunger strike in protest at their treatment in prison – Abdulkarim al-Khodr, Abdullah al-Hamid, Abdulrahman al-Hamid, Fawzan al-Harbi and Mohammed Fahad al-Qahtani. The authorities’ response was to place all five in solitary confinement. All remain in prison

Rabee Hafez is a composer and singer, with a record of supporting the Palestinian people both in his songs and in his activism. Before his arrest, his last tweet was a song for “The heroes of Palestine” and the one before a retweet of Khaled Al-Alkami (also a prisoner) condemning the arrests of clerics and public figures. Arrested in September 2017 and sentenced to three years, Hafez nevertheless remains in prison where he has endured prolonged solitary confinement and been denied access to either his family or a lawyer.

Mayaa al-Zahrani was arrested in the Summer 2018 purge, for the crime of publishing her friend Nouf Abdelaziz’s open letter. In her time in prison she has been tourtured, sexually assaulted and held in solitary confinement. Mayaa was arrested within hours of posting her distress at her friend Nouf’s arrest.

In 2012, as a leading proponent of the Women2Drive campaign al-Sadah mounted a legal challenge against the authorities refusal to allow women the right to drive. Three years later, Nassima announced plans to stand as a candidate in the 2015 municipal elections before her inevitable disqualification by the authorities. Three years later – alongside Samar Badawi – Nassim was arrested. Amnesty International report that on her arrest Nassima ‘She was held in solitary confinement for a year and was often not allowed to see her children or her lawyer for months at a time.’ She was 5 years of prison with 2 years suspended sentence. 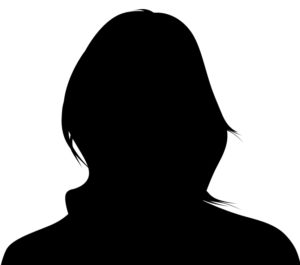 Naima has been described as an internet activist – in common with many of those arrested for campaigning in Saudi Arabia, her alleged crimes appear to boil down to protesting and calling for human rights and social justice on social media platforms. After being held without trial for a year, Naima was tried on charges including for allegedly participating in a number of anti-state demonstrations and rallies, being linked to a media cell, and violating public order by creating two social networking accounts on Twitter and Facebook to demand the release of some detainees. In November 2017 Naima was convicted and sentenced to six years in prison followed by a six year travel ban. The Gulf Centre for Human Rights reports that during her time in prison, Naima’s health has deteriorated due to anaemia resulting in a degree of impairment to her vision. https://www.amnesty.org/en/get-involved/take-action/w4r-2020-saudi-arabia-nassima-al-sada/

As the Qatif uprising continued in 2017, Fatima al-Nassif in September of that year was beaten and arrested by Saudi authorities, according to reports, for the ‘crime’ of bandaging protesters who peacefully protested. Since her arrest, she has been periodically held incommunicado, resulting in a heartfelt open letter from her daughter, Shahed in which she spoke of the pain of her mother’s enforced disappearance.

Noor al-Muslim is a visual artist a student and campaigner – and imprisoned at just 20 years old. She is believed to have been arrested after participating in community committees to protect and monitor mosques after a series of attacks on Shia sites in 2015 and 2016.

Khadijah was arrested alongside her husband, Thumar al-Marzouqi, and a host of other writers, activists and lawyers. What makes Khadijah’s case particularly notable is that at the time of her arrest she was in the late stages of pregnancy. Since her arrest Khadijah has remained in prison without charge. She has been refused access to a lawyer, and disgracefully, she was forced to give birth to her child behind bars.

Maha al Rafidi was a trainee journalists at the Saudi newspaper al-Watan at the time of her arrest in late 2019. She was arrested in a night-time raid by approximately 30 members of the Saudi security forces. Shortly after she was seen with bruising to her face. She has been held for prolonged periods in solitary confinement and without charge. Her arrest is believed to be connected to tweets in support of human rights, including for the release of: